I had a great fishing trip to Elphicks near Goudhurst, Kent It is a nice place to fish although a bit expensive. Thanks you to my step-son Lee Sharman who paid a good chunk of the fee for the lake we fished. We fish Prairie lake, which has a nice little island that you can fish too. We got there on Saturday morning at 7am and fished until Sunday morning until around 10.30am.

I started fishing first thing right against the island. I had two rods out, one had tutti-fruitie boillie (15mm) and the other rod had a pellet (10mm) on. The boillie rod had 15lb braid with a 10lb hair rig on, size 8 barbless hook. The other rod had again 15lb braid with a banded rig on, the hook was a barbless size 12 hook. All day Saturday all I caught were small carp (8oz – 1lb).

I changed tactics when it got dark and with the rod with boillie on I left by the island but bombed it our with loads of groundbait and a few boillies. The second rod I cut down a small white choc boillie so it would stay on a banded rig. I then started fishing the centre of the lake. I wasn’t hopeful at that point but settled down for a long nights fishing. At about 1am there was a small knock on the rod in the centre of the lake. Then BANG! The alarm was screeching like a good one. I stumbled out of my bivvy and grabbed the rod. I was in!! As I played the carp I called Lee but all I heard was snoring so I had to land the fish myself which is hard when you find it hard even to walk, but I managed. It took me about 20minutes but I finally got it in and for my first decent fish I was happy. It weighed in at 12lb, I took a few pics then released it. I then rebaited and settled down and waited for the next bite. I had to wait about a hour when this time without warning the rod screamed off. I called Lee and this time he was awake and helped me land the fish. We weighed it and it was 11lb, took a few pics, which was hard as it was quite foggy and the pics were out of focus etc. As you will notice on the pics I’ve put on here.
I caught the next fish about a hour later again and this time the fish gave a fantastic fight. I got quite excited as I thought this could be a 20 pounder. It took a good 20+minutes to get in and when I did it wasn’t as big as I thought. It weighed 10lb and after a few pics I released then settled down again. This time I didn’t have to wait to long (20mins) before the Alarm screamed at me. I picked up the rod and with a nice bend in my rod I brought the fish to the landing net which took about 5 minutes. When it was in the net I saw it was a good fish. Lee helped me weigh it and it weighed 16lb 8oz, my best fish of the night. I was at this point very happy. That was unfortunately my last fish but after having four decent carp over the night period I didn’t mind.

As for Lee, he had 2 Carp over 10lb the biggest weighed 11lb 12oz. He had loads of runs but most were small, only a few weighed over 5lb. He caught all his fish on pellet, when he tried the small white choc boillies he didn’t get a run, weird as we were next to each other, lol.

Here are a few pics of the fish caught, sorry about the quality. 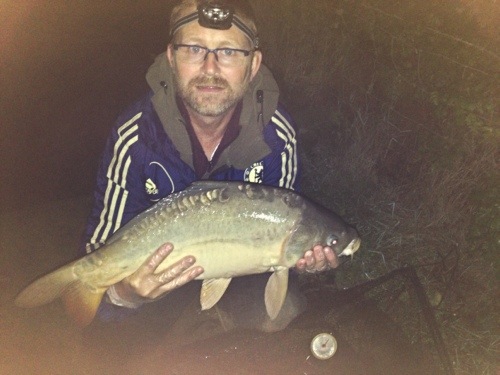 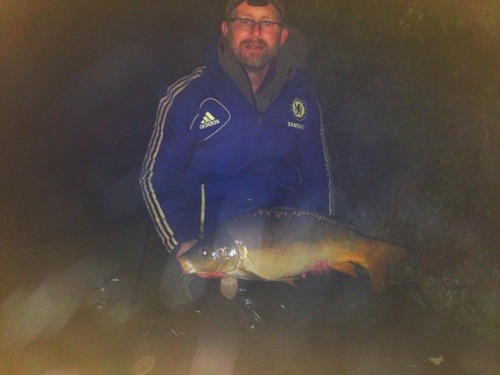 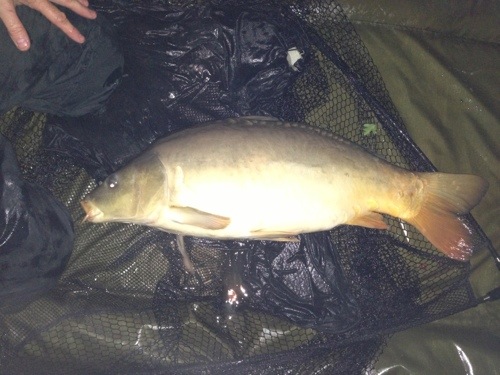 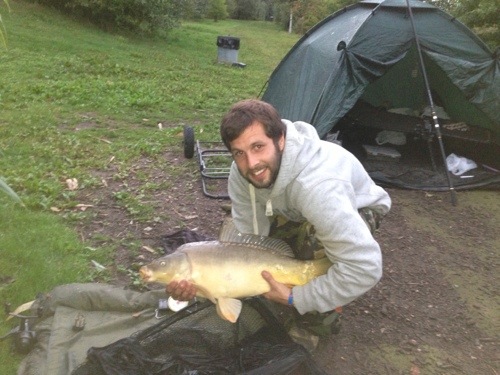 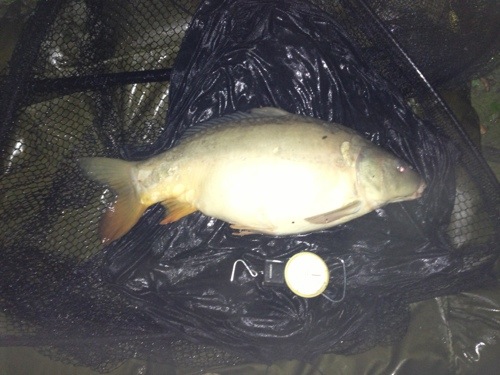 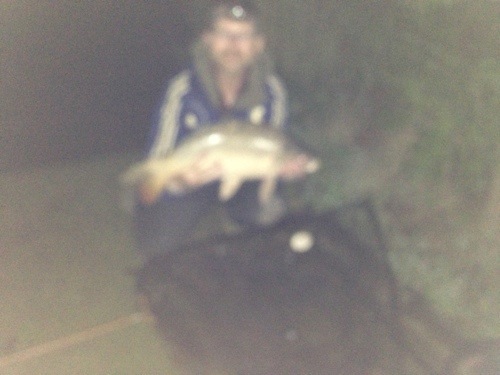